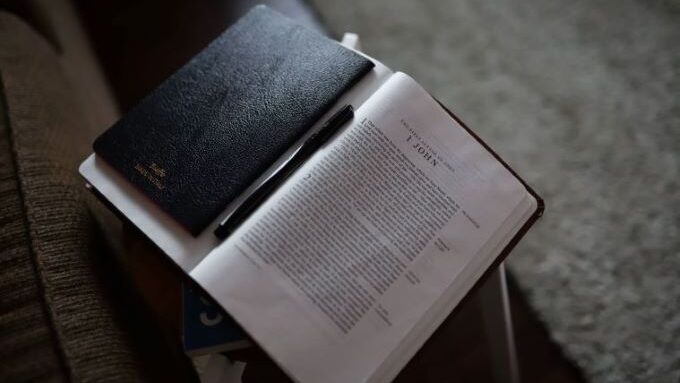 Jeremiah 8:6-7  6 I have paid attention and listened, but they have not spoken rightly; no man relents of his evil, saying, ‘What have I done?’ Everyone turns to his own course, like a horse plunging headlong into battle.  7 Even the stork in the heavens knows her times, and the turtledove, swallow, and crane keep the time of their coming, but my people know not the rules of the LORD.

The recent movie “War Horse” notwithstanding, Alexander the Great’s mighty steed Bucephalus is one of history’s greatest horses. The horse’s name itself, “ox-head” (βοῦς “ox” and κεφαλή “head”), testifies to its determination. Alexander would name a city after his great horse, and one can only imagine, as in The Virtues of War, how Bucephalus plunged into battles bearing one of history’s most accomplished figures on his back.

God himself, speaking to Job from the whirlwind, describes the power of the war horse:

Job 39:19-25   19 “Do you give the horse his might? Do you clothe his neck with a mane?  20 Do you make him leap like the locust? His majestic snorting is terrifying.  21 He paws in the valley and exults in his strength; he goes out to meet the weapons.  22 He laughs at fear and is not dismayed; he does not turn back from the sword.  23 Upon him rattle the quiver, the flashing spear, and the javelin.  24 With fierceness and rage he swallows the ground; he cannot stand still at the sound of the trumpet.  25 When the trumpet sounds, he says ‘Aha!’ He smells the battle from afar, the thunder of the captains, and the shouting.

As vividly as you might be able to imagine the war horse charging headlong into battle, Jeremiah’s words jar us. He compares the powerful and determined war horse to the sinner. As the horse continues on his course, undeterred, so the sinner continues to rebel against God, unless God intervenes.

As a parent of small children, I witness them double-down on their rebellious behavior, stubbornly continuing in their tantrum even when it is clearly not working. I am no different.

They did not so much as take the first step towards repentance; they did not so much as say, What have I done? There was no motion towards it, not the least sign or token of it. Note, True repentance beings in a serious and impartial inquiry into ourselves, what have we done, arising from a conviction that we have done amiss. (2.) They were so far from repenting of their sins that they went on resolutely in their sins: Every one turned to his course, his wicked course, that course of sin which he had chosen and accustomed himself to, as the horse rushes into the battle, eager upon action, and scorning to be curbed.

Praise the Lord that he intervenes, turns us aside, makes us “come to our senses” (Luke 15:17), see our sin, and seek the Savior who sought us out. None of us has earned God’s grace—”Everyone turns to his own course,” and this means he gets all the glory, transforming stubborn sinners plunging to their deaths into those who know their Savior’s voice and listen to his commands.